The American people like unions, but very few belong to one, a discrepancy that places the U.S. labor movement in a precarious state. If Americans like unions and want to join them but aren’t, it’s most likely because they can’t. But a possible fix awaits in the form of the “Protecting the Right to Organize Act 2021.”  The PRO Act is a far-reaching piece of legislation with the goal of strengthening organized labor. It would alter the balance of power in labor-management relations.

If enacted, the PRO Act would mark the biggest expansion of collective-bargaining rights in decades. It would amend the National Labor Relations Act, the Labor Management Relations Act of 1947, and the Labor-Management Reporting and Disclosure Act of 1959. President Biden supports the bill, and he may soon be in a position to make good on that support. The bill passed the House of Representatives with bipartisan support on March 9, 2021, and is headed to the Senate. But it may face a harder road in the Senate, where a virtually certain Republican filibuster could block its passage.

Note: You will get access to the Recording link and E-Transcript; in your account and at your registered email address. 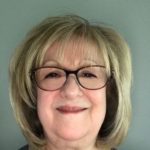