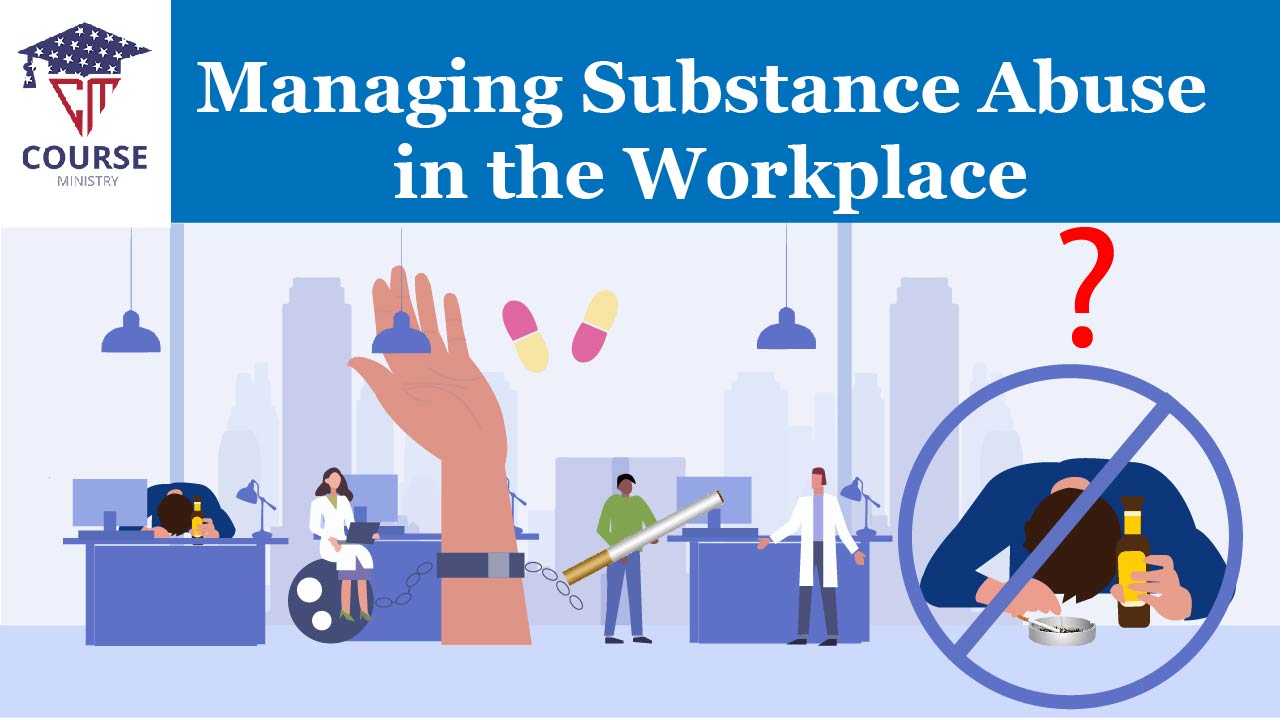 The idea of survival in an organizational setting seems quite direct and formal. The rules and regulations cover every possible area of concern and act as a monitor body. Workplace management or you can say employment law is a detailed program covering safety, legal, payroll, etc. The employers and employees are the key stakeholders of this system and act out cooperatively. A workplace setting is an active area where several activities are performed in a single phase of time. The concept of a cooperative workplace relies upon compliance.

Substance addiction is one of the most identified concepts in urban countries. Many urban or rural countries do have a significant share of the percentage in substance addiction data. Such hiked numbers reflect that a large population has actively consumed addictive substances like marijuana, weed, opioids, alcohol, and cannabis. According to National Council on Alcoholism and Drug Dependence, nearly 70% of 14.8 million Americans suffering from addiction are employed. This data states that the fact of being used for the consumption of such substances doesn’t despise anybody from being employed. Also, another survey suggests that nearly 24% of employees admitted drinking on the job at least once. This data reflects possible data on how much influence substantial components have in a workplace setting.

While talking about substance addiction and workplace involvement, a question arises. How much can a corporation interfere with or involve an employee addicted to any substance? Apart from a legal perspective, the idea of privacy arises. If an employee is in the habit of consuming addictive substances and consuming so at a safe distance from the workplace setup and if it’s not affecting the workflow and productivity grace of an employee. Then shouldn’t be counted as a concern. While on the other hand, if an employee is used to addictive substances and is in a regular habit of consumption, affecting the workflow and productivity. Then it should be counted as a matter of concern. However, it suggests that prominent addictive substances like seeds, stems, and leaves of cannabis species are used for medicinal purposes. Patients dealing with mental disorders and cancer are recommended to consume so. Hence, in exceptional cases, when an employee’s under the influence doesn’t affect the work parameters, medicinal reasons could be considered a justification.

How do we identify and handle employees with substance abuse?

The parameters of identifying employees with substance abuse are quite evident, and employers and other managerial bodies are held accountable for intervening in certain situations. The first factor that identifies employees with substance abuse is absenteeism. Absenteeism could be defined as an absence of an employee on a regular or frequent basis at work. Absenteeism reflects the idea that an employee is taking off from work under drugs or alcohol. If the pattern of the reasoning behind such frequent absenteeism seems inconsistent, then employers should look into the matter and consider the substance abuse perspective too. An individual dealing with substance abuse issues might show symptoms of behavioral and physical changes. Physical changes could be identified as the smell of alcohol or drugs, fatigue, eye redness, and slurred speech. Behavioral patterns could reflect antisocial traits in which an individual seems to avoid social interaction and other haze-oriented behavior. Lack of discipline is another factor that would reflect an employee dealing with substance consumption issues. The disorientation behind behaving in such a manner could tell a lot about whether an individual is using a substance or not. And lastly, declining work performance would be an alarming factor that would highlight the need for employer’s intervention in the matter.

To handle a situation where an employee is dealing with substance abuse. An individual must stay empathetic yet stern to deal with someone struggling. An employer should address company regulatory policies directly to their respective employees. Be it orally or in the written contract, and it is the employer’s responsibility to ensure the address corporation’s directory policies regarding every apparent motion. Employers should also discuss comprehensive health plans and bring in professional help if required or at least prescribe their respective employees with relevant ease to support a proper treatment. Ensuring to maintain or create an environment that consists of triggers for someone recovering or undergoing the recovery phase. And lastly, reaching out to the respective employee’s family and friends so that an individual could stay in a safe environment within their social circle.

Regulation and Policies under law

State laws suggested a strong and opinionated list of laws and policies to monitor the issue of substance abuse in the workplace. An employer who has detected symptoms like declining job performance, lower productivity, absenteeism, tardiness, high turnover, and increased medical and worker’s compensation bills, in an employee then they should rely on state policies and regulations. For instance, alcohol at work should be clearly stated in the disciplinary regulations of corporations. And noncompliance with certain regulations could have serious consequences depending on the corporation’s directory policies which differ.

Employment laws like ADA and OSHA safeguard employees and workers from getting terminated from their respective jobs due to off-site alcohol and substance consumption. If the production hours at work are affected, employers have the right to act under the corporation’s disciplinary guidelines.

State and federal disability laws play a vital role in cases where employees are taking certain medications, which causes behavioral mismanagement affecting the work balance. The employer has a right to intervene under the federal law code. When corporations run random drug testing, the right to privacy also comes into question, and criteria relevance arises. Such tests could lead to passive scrutiny among employees sometimes. However, corporations should send out a clear message regarding their measures.

Hence, in the end, it relies on the fact that work productivity and balance are not affected by the substance involved in an individual’s routine. Identifying signs and symptoms of substance consumption could be led to an intervention by the employer. Otherwise, the right to privacy stays in consideration. It is a sensitive matter that should be dealt with a tender approach toward the one dealing with substance addiction. According to the recent statement by Cannabis Regulatory Commission, workers can consume marijuana during their respective off-time without affecting work-life balance. Along with it, the corporation can also mandate drug-free status in their territories. This update gives a free hand to corporations and businesses regulating their workplace as drug-free.