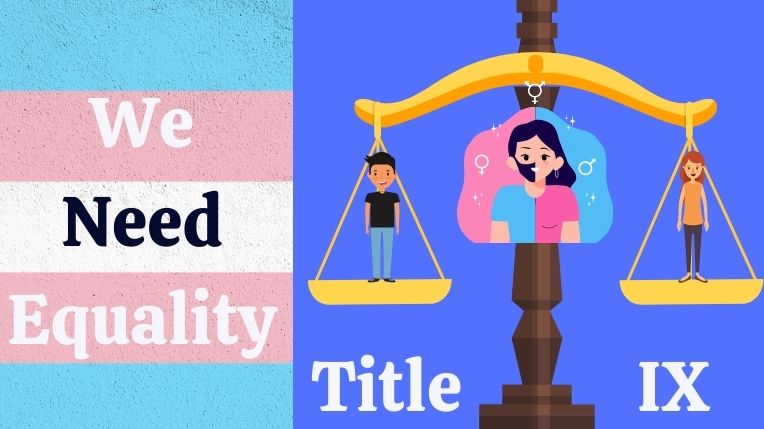 The Education Amendment Act of 1972 also known as the Title IX of the Civil Rights Act of 1964 is the law that prohibits discrimination on the ground of gender in higher educational institutions.

The statute clearly states: No person in the United States shall, on the basis of sex, be excluded from participation in, be denied the benefits of, or be subjected to discrimination under any education program or activity receiving Federal financial assistance.

The Civil Rights Act of 1964, itself, is the most celebrated and magnificent accomplishment for Americans and America. The act was enforced to decimate and outlaw discrimination on the pretext of race, color, religion, sex, and nationality.

Any state or local schools and educational institution that receives funds through the federal government, is covered by “Title IX”. The U.S. Department of Education’s Office for Civil Rights promulgate the act strenuously; appraise and investigate the allegations and complaints.

The act mandates that every man and woman must provide fair and square opportunities to participate in sports as well as in every discipline. However, the act doesn’t imply that it benefits only women. On account of the fact that it also opens the door to many male students who desire to enroll in classes which previously labeled the “female expertise” or “female’s field of study”. For instance: nursing and teaching.

In effect, After Title IX was signed into law, the significant change has been seen in the number of women who embark on the new journey, while making the choice they learn they are enthusiastic about.

Although everyone has a different outlook of the act, it’s the athlete’s application of Title IX which remains the foreground of argument and discussion. From the inception of the act, Title IX advocates the intention of the level playing field for every gender without discrimination. Title IX has played a major role in involving women in the field of sports. One study done in 2008, unveil the surge in women’s collegiate sports. It has grown to 9,101 teams or 8.65 per school. Basketball, Volleyball, Soccer, Cross Country as well as Softball.

Under the Obama administration, the OCR issued guidance citing that Title IX defends transgender students from any sexual injustice and discrimination. The citation further added that any student whether they identified himself or herself as a transgender boy or transgender girl is qualified for the entry of “boy only class” and “girl only class. Title IX also protects the student who does not conform their sexuality under the stereotypical categorization of sex.

In general, Under Title IX, a legatee has to or must look out for all the students whether they are normal (classified as boy and girls), transgender, or someone who is genderqueer.

To cut a long story short – The Title IX of the Civil Rights Act of 1964 has provided a plethora of advantages to all whether it’s male, female, transgender, non-binary, or genderqueer.